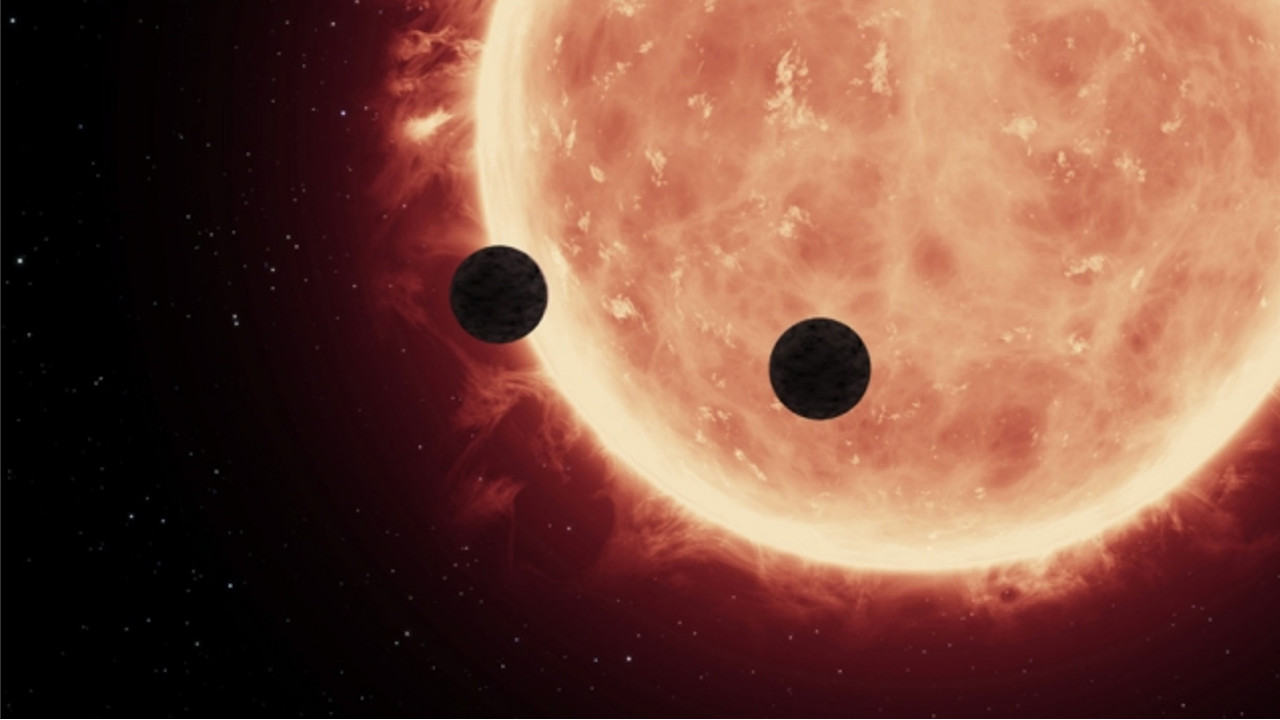 On May the Fourth, the Hubble Space Telescope observed the TRAPPIST-1 planetary system to catch a rare event: a double transit, the moment when two planets almost simultaneously pass in front of their star. These highly-precise observations have shown that the two innermost planets of the system are rocky, and that their atmospheres, if any, are likely not large and diffuse, like gas giants such as Jupiter, but instead compact, similar to the atmospheres of Earth, Venus, and Mars.