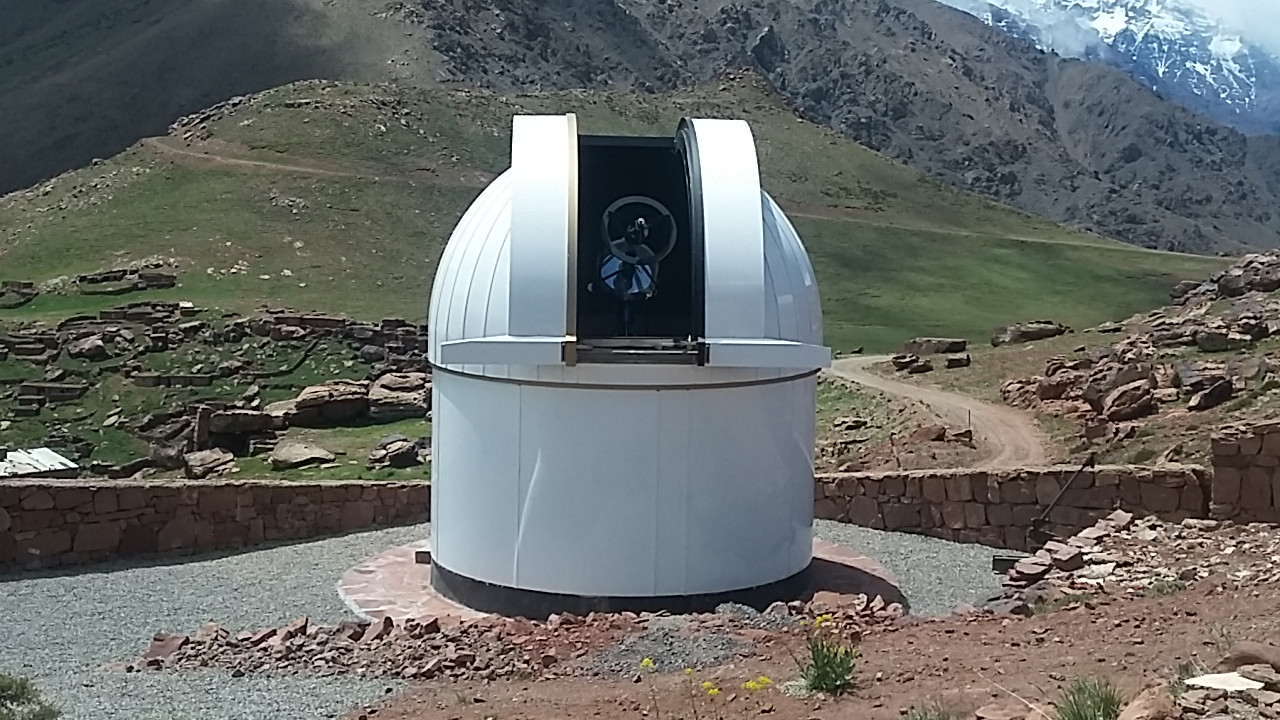 A new telescope in Morocco

Today the new telescope, TRAPPIST-North has ben inaugurated at the Oukaimeden Observatory in Morocco in presence of scientists of the Cadi Ayyad University of Marrakech and astronomers from Liège University. TRAPPIST-North is the twin of the telescope that was installed in 2010 at the observatory of La Silla in Chile. It has the same goals as his famous predecessor: the detection and study of exoplanets, and the study of comets and other small bodies in the solar system to better understand the genesis of the solar system and our Earth in particular. The new telescope, installed in a record time in spring 2016, allows now the scientists of our team to have access to the whole northern and southern sky!