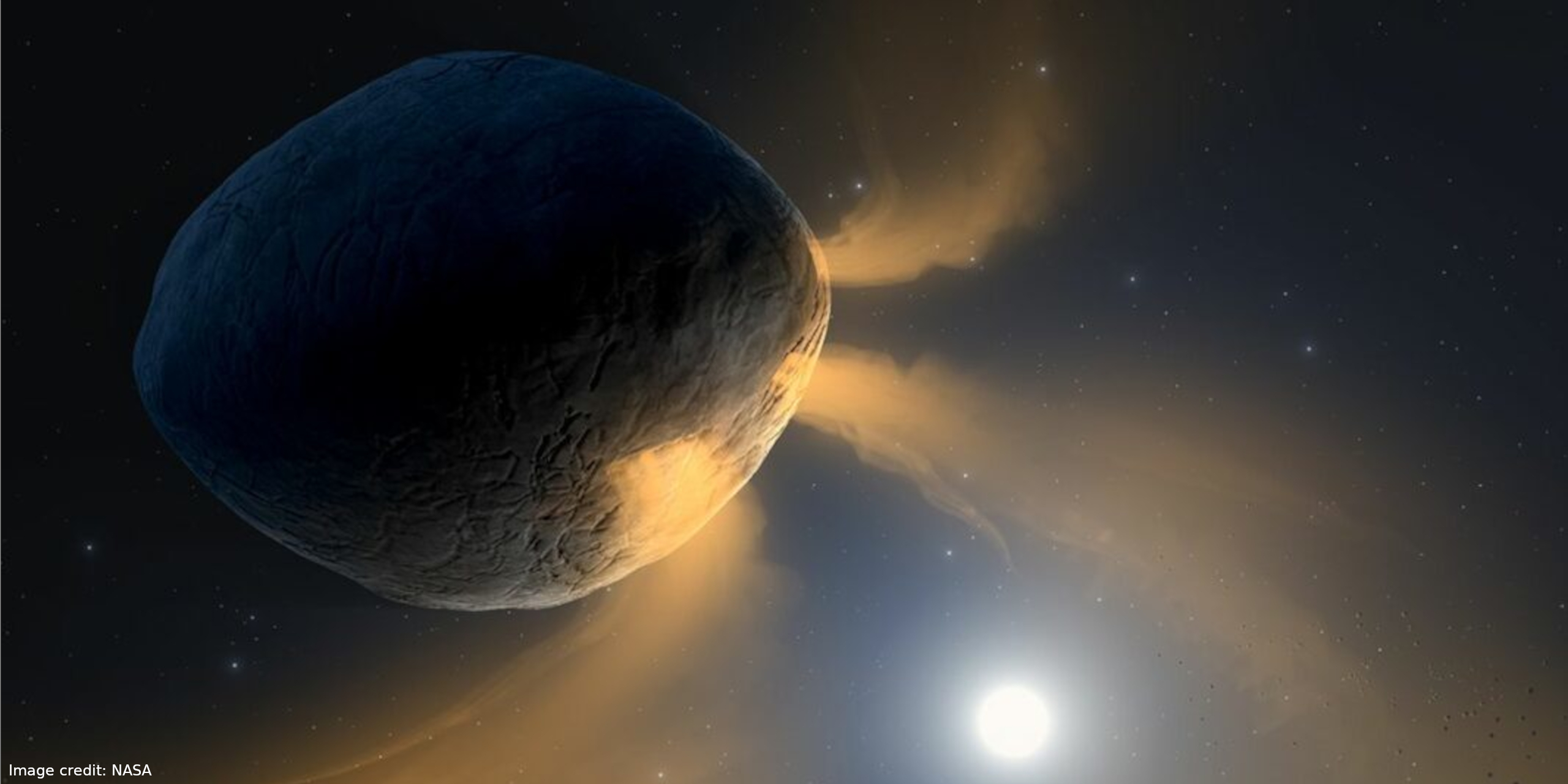 An international team of scientists including astronomers of the Liège University, has measured a small change in the rotation period of the large potentially hazardous near-Earth asteroid (3200) Phaethon, the future target of the japanese spacecraft DESTINY+. This unexpected discovery is an example of progress in global efforts to characterize potentially hazardous asteroids and shows planetary defense programs at work.

Phaethon was discovered in 1983 in data from the Infrared Astronomical Satellite (IRAS) – and was the first asteroid to be discovered in spacecraft data. Shortly after its discovery, it was found that Phaethon's was the parent body of the bright Geminid meteor shower that is visible from Earth in mid-December. The asteroid was named Phaethon, the son of the sun god Helios in Greek mythology. This name is appropriate because it has a very unusual orbit that takes it within only 21 million kilometers of the Sun – less than half the perihelion distance of the planet Mercury. Observations have also shown that Phaethon has an extremely blue spectrum, a rarity among asteroids.

Phaethon rotates on itself in about 3.6 hours and it has an average diameter of about 5.4 kilometers, making it one of the largest asteroids that comes close enough to Earth to be classified as potentially hazardous. "Fortunately, Phaethon’s orbit is known very accurately, and it poses no threat to Earth for the foreseeable future" adds Emmanuel Jehin from Liège University and co-author of the study.

Due to all these interesting characteristics, the Japanese Aerospace Exploration Agency (JAXA) selected Phaethon as the target of the upcoming DESTINY+ mission, which is scheduled to launch in 2024 and fly by Phaethon in 2028. "In support to this space mission a large observing effort has been carried out since 2017 to determine precisely the size, shape and the rotation state of Phaethon, using radar observations from the Arecibo observatory and optical light curves from the Liège TRAPPIST telescopes - among others, showing variations in its brightness as the asteroid rotates" explain Marin Ferrais, PhD student at the University of Marseille and member of the Liège TRAPPIST team. 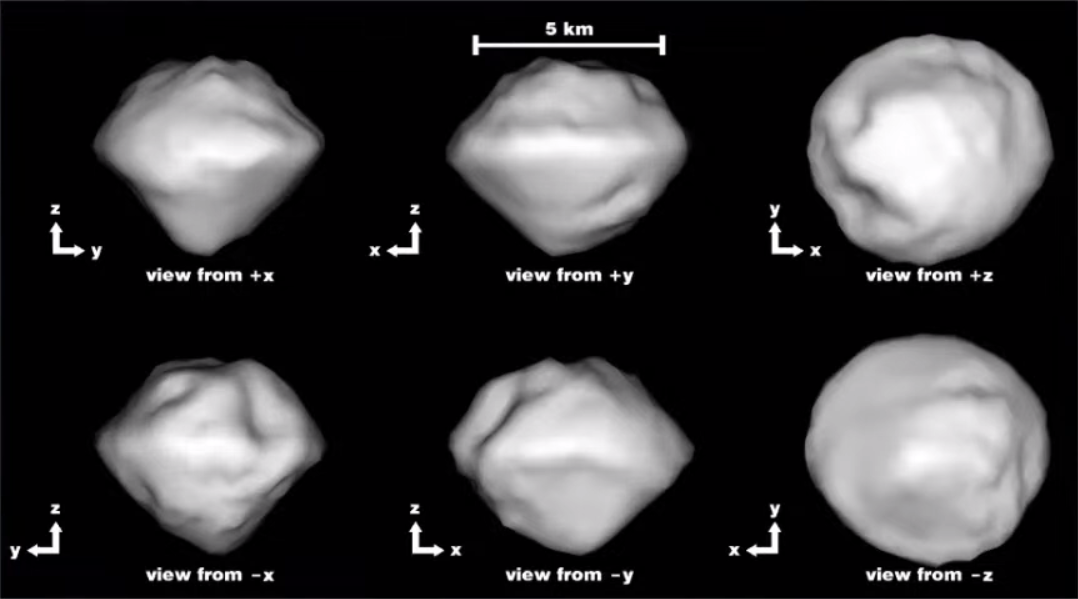 The top-shape large near Earth asteroid Phaethon completes a single rotation in about 3.6 hours, but the new findings show it rotates faster by four milliseconds each year. @ Arecibo observatory / University of Central Florida

It was found that Phaethon is top-shaped – somewhat rounded with a ridge around its equator, similar to the shapes of recent spacecraft targets (101955) Bennu and (162173) Ryugu.

The most surprising result from this study is the discovery that Phaeton's rotation period is decreasing by about 4 milliseconds per year. Indeed the shape model and light curves deduced from observations of Phaethon since 2017, do not match those determined in the last decades, implying a slight change of its rotation. This change, though small, is enough to be noticeable in the extensive set of observational data used in this study and spanning 32 years and thousands of rotations of Phaethon. "There is currently no definitive explanation for this acceleration, but it could be due to comet-like activity as Phaethon came near the Sun at its perihelion in December 2020, and that would be a first for an asteroid turning to be a comet which might also explain it is the parent body of a meteor shower which are all of cometary origins", continue Emmanuel Jehin.

"This finding is also important for the planning of the DESTINY+ space mission, since a steady change means that Phaethon’s orientation at the time of the spacecraft’s flyby can be predicted accurately, and it will be possible to know which regions on the asteroid will be illuminated by the Sun and visible when arriving at destination", concludes Maxime Devogèle, from the Arecibo Observatory.

The researchers announced the discovery at the 54th annual meeting of the American Astronomical Society’s Division for Planetary Sciences. 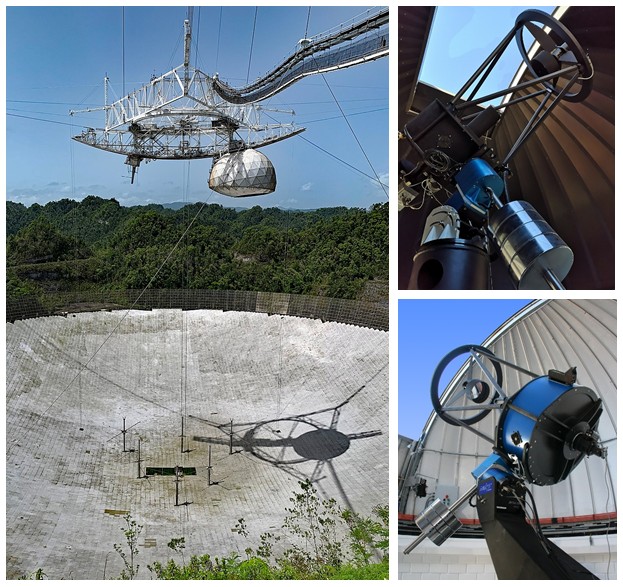 High resolution radar observations from the large Arecibo radio-telescope dish before it collapse due to a tropical storm in 2020, were combined to high quality optical light curves from the University of Liège TRAPPIST 0.6-m telescopes.